Ai Weiwei: “So China is crushing Hong Kong, while the West collapses”

LONDRA – Mr. Ai Weiwei, are we going to see the end of Hong Kong as we know it, after this new security law by China?
“If this that law was applied that would be the end of Hong Kong. Because Hong Kong is really a free world in terms of human rights, freedom of speech and its own economy. Basically it’s part of the free world. Well, if China enforces a law which has been applied all over China, which is a police state, no independent judicial system, human rights violations everywhere… This is very brutal law and has successfully made China a very stable society under communist control. I would say it’s very efficient law. It just crashes any idea, any liberal thinking or even discussion or just certain words. So if China applies this law to Hong Kong, it will definitely destabilise the whole Hong Kong situation and turn it into just another Chinese city like Shenzhen and Shanghai”.

Do you think that Coronavirus crisis is going to facilitate the “Hong Kong job” for China also because the international community is quite distracted by other matters?

“I think China has been preparing this for a long time. They only have a hammer, Hong Kong is the nail to smash. They don’t know any other way because they don’t have any other tool, it’s their communist nature. They are very successful in controlling people’s minds, even their lifestyle. It’s another form of control. They want to get rid of this problem [Hong Kong] fast, as quickly as possible. But this is a part of a bigger problem: the civilised society, the Western establishment, the common values system. The West is going down, capitalism has its own problems, globalisation has tremendous problems. China today has the power, you know, as it is economically integrated into the West. So it’s very much like a virus and if your immune system can’t get rid of it, it kills you. China is very well aware of that, they have the confidence to achieve what they want. Also because they have a great advantage: the decisional process in a democratic country may take years while in China just one night, from the central government to the most remote area. Beijing has a very different machine”.

Given the Coronavirus crisis, is this the perfect storm for Hong Kong?
“I think Hong Kong might be sacrificed as the first casualty of this corona-crisis. Taiwan immediately would be next. They [China] have always the same attitude”.

There are reports of more and more scared and hopeless protesters in Hong Kong. This time might it be easier for China?
“They had some Western recognition, but far from enough. The young people… if they go into the street, having a peaceful demonstration, thy can already meet this kind of military type of police state… the cost is the human life, the individual’s life. They’re in a very, very desperate situation. If the law was implemented immediately those people being arrested could be taken to China or face the Chinese law as punishment, That would make a massive difference. That’s why China needs this law. Maybe 80 percent of people who demonstrated in the past are scared now, but their ideology and their belief will always be there and China will never change that. Everything really depends on those young people. Hong Kong youngsters are the most intelligent, rational group of professionals I have ever met. They are the most educated, have a very balanced view of the world and a very deep understanding of what China is for.

So do you think that maybe a sort of new resistance will come at the right time maybe?
“I am so sure that young people will develop new tactics and new ways to deal with this situation. But China has great confidence today because they know that right now the West is more worried about its own survival and also it very much depend on China in many ways. This is not bluffing, this is real”.

The former British governor in Hong Kong, Chris Patten, said that this new Chinese law may be a sign of Xi Jinping being nervous. You are basically saying the opposite.
“I think the Western always miscalculate China. China is not about Xi Jinping. It’s about the Communist Party. They deeply believe they are doing right, well and that they will beat the Western system in the near future. The West has a deep problem, because its leaders don’t really care about human rights, human conditions, humanity, as long as if their land is not concerned. The world has been so badly divided, so if they really don’t come up with some kind of long strategic political thinking, they really are going to be in deep trouble. They’re facing a system collapse. China is fully aware of that”.

What do you think about the measures announced by the U.S., which is the sort of isolation and boycotting Hong Kong, while the U.K. is instead offering the road to citizenship for three million HK residents?
“I think that US is making a nice move. The Clinton and Obama administrations made huge profits with China, but they allowed the Chinese commerce system to grow wildly and so fast. Now, Trump is facing the problem and that he tries to fix it. I think they already have a clear view about what their opponent is, what is really threatening the so called the US. But how to really act? For democratic societies is not easy. It takes a lot of effort. This is probably the most historical moment after the Cold War and this US administration is the first to clearly know what China is about. Instead, the UK and other governments are really opportunistic, almost like technical bureaucrats or professional politicians. The economy is the only thing in their mind, so they will never hurt China, because that would hurt themselves”.

So maybe Trump’s tough approach now is the only possible against China?
“He’s understood the problem. But what about the counterstrategy? It’s very soft at the moment”.

Are you concerned that China may “take over” the world? Italy, for instance, is now much more close to Beijing than before.
“Italy is the perfect example. You know, it’s just like neighbourhood play. You got a big mafia and you have to know which side you are, which one can benefit and protect you the most. You see, it’s not only Italy, but almost all other European nations are doing the same: France, England, especially Germany is the most dark, tricky one, they [Germany] also have a great strategic discipline, they’re so identified with an authoritarian state, in their blood they have this, they love China so much, you can see all those [German] politicians, they go to China more than they go to see their grandma. Germany is leading the whole Europe, they’re so ambitious, they want to be leader but morally they are so collapsed. It’s so fake in Germany. That’s why the European family don’t trust Germany. They want to break away it because the Germans get the most benefits from China. German industrial leaders officially announced that German future belongs to China. German banks, German technology, they’re really supporting this so well. And you can never see German leaders criticise China openly, even during this virus crisis, but you can say the same of every European nation. I am really worried. The West is going down so fast because doesn’t uphold its beliefs”.

Do you think that the whole West should have the same tough approach of Donald Trump?
“It should be even tougher. Donald Trump only makes some noise now but tomorrow he may say something else. During this long time of civilisation, Europe came up with a very, very appreciable improvement of human conditions. Will now Europe let it go rotten or being destroyed? China’s laughing when they look at what is happening today here. They are laughing”.

So, on more practical terms, what do you think that the West should impose? Economic sanctions to China? Isolation?
“No, I always encourage communication, free economy, free market. But that has to be based on some principles. Nobody should violates those principles otherwise Europe is not safe anymore.

What do you think of the Huawei-5G case here in the UK? Could this be a trojan horse of China in the heart of the UK?
“I think Huawei is a clear example of all this. Huawei it is not a part of our free economy. It’s a military state controlled, very dangerous machine. Huawei or Ali Baba and all the big Chinese entities are not really private, they belong to the State. China doesn’t even have private property, period. The Communist can take over anybody, in any moment, because there’s no law protecting. When you join the communist party in China, you have to be loyal, die for the party… It’s an organisation like mafia. They are members, not individuals. Just look at the cover-ups of the number of victims for coronavirus”.

Do you think that China covered up the tragedy of coronavirus, at least at the very beginning?
“It’s a fact. They blocked that information on their own record for many, many days and weeks. At sometime there was zero growing numbers in patients’ deaths and, along with WHO, officials said “there’s no person to person transmission”. Apart Trump, many European leaders have been blind on this for a long time. I think most politicians in the West today are more technical bureaucrats. They are more concerned about political elections and supporting big corporations to make business with China”.

May Hong Kong become a new Tiananmen in the future?
“Definitely. Any moment. When China decides to show their teeth”. Fonte: Repubblica 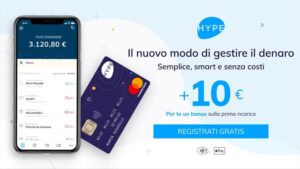 Grazie per averti unito a noi!